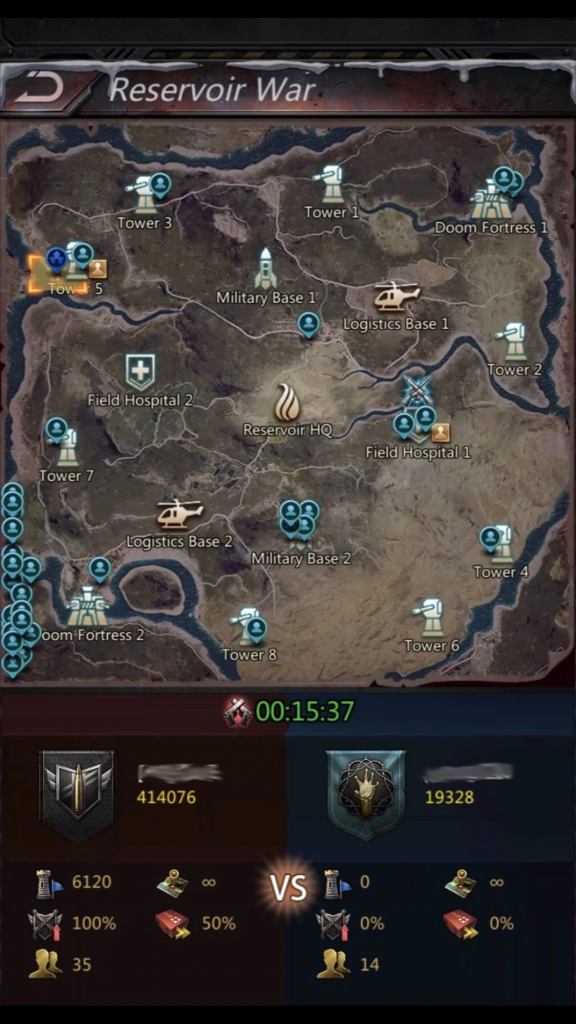 Reservoir War is an alliance pvp event that alternates with the Alliance Clash event.

In Reservoir War two alliances are pitted against one another in a battle over buildings and resources.

This event takes place on a separate map entirely.

It is important to remember that you must have a level 18+ HQ to participate in this event, and only alliances with at least ten qualifying members can compete in Reservoir Wars.

After an alliance has signed-up to participate all members of that alliance who meet participation requirements can take part in the event.

(If you leave the battlefield once entered, before the event ends, you will not be able to re-enter the event.)

The event lasts for three days.

There is a period of time in which to plan your strategy, usually the R5 or an R4 will call shots. When the timer runs your job is to occupy buildings. (You may want to relocate your sanctuary closer to a building that you plan to occupy.)

The more buildings you can occupy, the more points you can earn over time.

After some time passes, a water truck will begin to be sent out from the HQ in the center of the map. After this point, it will happen every 5 minutes. Each time a truck is launched out, it will target 3 or 4 different buildings and mark them with a line. When the truck arrives, any players inside that building will get bonus points.

Occupy as many buildings as you can to get the most points. Water trucks will try and help losing alliances by creating a path that touches buildings they currently occupy.

It is important that you have as many marching queues unlocked as you can. This is because you will want to occupy as many buildings with as many troops as you can. You may also need to move troops to other buildings to reinforce or attack if necessary.

Having your strongest players occupying buildings closest to your opponent’s closest buildings will ensure it is more difficult for the opponent to try and take those buildings.

You may even want the strongest players to try and force your opponent out of buildings, thus giving you more points.

(It is extremely important to listen to the person in charge calling the shots.)

If alliances come to an agreement ahead of time about building occupation in order to allow all players—on both sides—to get their minimum points, you do not want to be the player who is attacking something you should not be attacking.

When alliances cannot come to an agreement, or the person calling the shots tells you, taking buildings from the other alliance will help to ensure your victory.

Because water trucks usually choose random paths, it can be advantageous to send troops to a building that is on the path of the water truck, but the water truck has not yet reached yet. If you have the building, it will add bonus points to you, but if the other side has the building, be prepared to fight for it.

(You should always scout a location if you have the 3500 food to do it, this way you will know whether an attack against it will be successful. It will also give you an opportunity to rally an attack against a building that is heavily defended.)

It could also be advantageous to attack player sanctuaries during the event in order to have a player pull back to defend. If you find that strong players are occupying single buildings, forcing them to split their troops in an effort to defend weaker players, or buildings can be an effective means of controlling the battle.

Having stronger players with T8s, T9s, and T10s+ eliminating the forces of weaker players, thus removing them to the infirmary can be a way to limit your opponents overall response. Although a player can always choose to heal their forces, doing so comes at a cost if you do not want to wait until the end of a battle to get them all healed for free.

When large rallies are victorious over a large contingent, the losing player will lose a lot of troops and might, and healing them may come at a cost too great for the player to heal, or be even willing to heal, this will also give your alliance an advantage by essentially knocking a player out of the game for the rest of the event.

(If you run out of troops and are unwilling or unable to heal them, you are essentially out of the game for the rest of the event. That is why it is important to not waste marches with fruitless targets.)

If you end up in a Reservoir War against an overwhelming enemy alliance, it is more advantageous to secure the buildings you can secure, than to try and take further buildings and weaken your forces. The strongest players should hold the buildings first, allowing weaker players to join and accumulate their points.

At the end of the day its a game, and its meant to be fun. To be honest, this is actually one of the best events in the game in terms of fun. You will constantly be looking for places to take, and move to, working to better your team’s advantage, and ultimately secure your victory.

Constant communication is extremely important. And its why this event should be played over a discord voice channel. Please read the instructions on our site on how to join our discord and take part in these games over discord.

The more players we have in discord, the easier it will become to communicate. Communication is key in these kinds of PvP events, because your time is limited, and having to type things out is not an efficient means to communicate, when easier more efficient methods like discord voice chat exists.

I can tell you from experience that when playing any PvP game, the moment your clan/alliance/group communicates more efficiently, their ability to attain victory in these types of events becomes more secured. 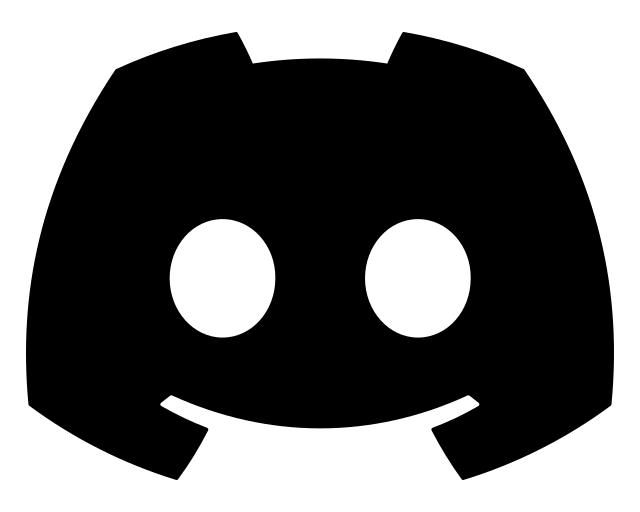